The Law on Drones is Developing

A hot gift this Christmas was a drone.  Drones are also seeing expanding use in industry.  However, the law regarding drones and their use is just developing.  A drone can be operated poorly which can lead to a crash that causes property damage or personal injury.  The batteries of drone can also expire during flight which can cause a crash.  A drone can also be used inappropriately to spy on neighbors.   The cameras on drones can take pictures of people when they believe they are in a private place.  Such use of a drone could lead to a cause of action for invasion of privacy.  To further complicate the law regarding drones, many questions remain unresolved regarding insurance coverage for their use.  The issues regarding insurance coverage and the use of drones in both a private and commercial setting may take years to determine. 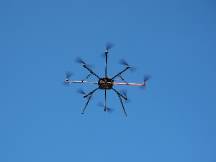 If you have a claim with the respect to the usage of a drone, you should consider contacting Herrick & Hart.  We have been helping those hurt due to the negligence of others for over 60 years.  Since we have years of experience with personal injury cases, it puts on the forefront to follow the developing law regarding drones.