Executive dysfunction is a term used to describe the behavioral, emotional and cognitive difficulties that follow a brain injury.  The impairment of executive functions is common after a brain injury and can have a major impact on a person's quality of life.

Executive function is a broad term which can include many abilities like making decisions, learning rules, solving complex problems, performing more than one task at once, planning, organizing, concentrating, controlling emotions and appropriate behavior.   These are skills that many take for granted. 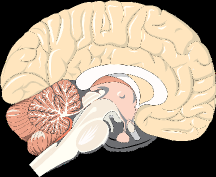 At Herrick & Hart, we work with injured people who have suffered a traumatic brain injury.  We understand the impact this type of injury can have to the injured person and also those people around them.  If you have been injured due to the fault of another, please do not hesitate to contact us.