Eating and Drinking While Driving

Although much of the current discussion regarding about distracted driving is about texting and smartphones, eating and drinking while driving still poses a danger on the roadway. 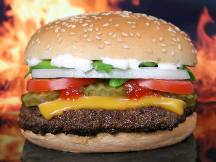 If you have been injured due to the fault of another, take time to make the informed choice.  Herrick and Hart has been representing the injured since 1951.  We have a proven track record of success in the field of personal injury law.  We are not a firm with a large advertising budget.  We do not need to have large advertising budget as our reputation speaks for itself.